Are you going to write your book?

This is a question I ask myself frequently. There are currently a ton of demands on my time, and I wonder whether or not it is worth it to shift my time towards my book. Writing the book is a daunting task, but getting it published is what I truly fear. When I read that some of my favorite authors were rejected hundreds of times before they got their first book published, I cringe. They must have spent almost as much time getting their book published as they did writing it... if not more.
So, with that in mind, I put my partially written book on the shelf, and I'll work on it every now and then. The story sits in my head, and new scenes come to me constantly. I really want to tell this story, and I really want people to read it and enjoy it. It's just that the hurdles always seemed far too big.
Now, I feel that with eBooks, there's a chance for good writers to be read without ever knowing the right people or getting the perfect set of eyes to read a single book. I recently read up on Barnes & Nobles and their PubIt! program, and I'm very intrigued. BN.com takes 35% of the proceeds for every book sold, but seriously, that's not that bad. I've heard of publishing companies that take more. Plus, if you do manage to sell quite a few books on PubIt!, I bet that publishers will be more than willing to print the rest of your books.
So, once I put our new game out, I think I'll put some serious time towards my book. You guys will have to buy it, read it, and tell everyone how good (or awful) it is!
Posted by Pang at 11:27 PM 2 comments: Links to this post

Where the Weres Go 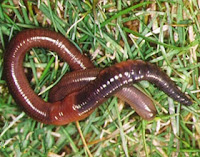 So, I've been reading a few paranormal romances lately. Patricia Briggs is one of my favorites, and then I decided that maybe I should try to write a paranormal romance short story as a project. I wanted to see if I could make a really wimpy were-animal be sexy. After discarding the were-corgi as my choice of topics, I decided on the were-earthworm.
About two minutes into thinking about the story, I realized that this could only end badly. Not only are were-earthworms really not sexy; I'd have to go down the route of tentacle porn if I was going to write this story. That really seemed unappealing to me despite the fact that I'm Asian, so I decided to discard my idea.
Instead, I went to bother my husband about were-orcas and were-corgis. I guess the only point to this blog post is that sometimes it's good that a project dies before a single word ever gets written.
Posted by Pang at 12:41 AM 4 comments: Links to this post

One cute sheep to go, please! 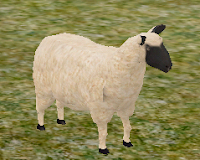 When I first began writing for a living almost fifteen years ago, I believed that every story I told had to start with the plot first and then the characters. I felt that I had to know the story I was going to write before I wrote it. Now, things are completely different for me. I write in a very different manner.
I usually start out with thinking, "What topic do I want to explore?"
The way I came up with the idea for my book was that I sat around thinking, "Wouldn't it be cool if there was some way for me to get two pantheons to duke it out? I'd love to see the Norse gods fighting the Greek gods or the Egyptian gods fighting archangels."
That's how the story of Age of Immortality came to be. That's all I started with. I didn't know a single character. I had no plot. I just had an interest in a situation, and my next step was to fill in the details.
I decided which pantheon I wanted to start with. Then I figured out how my character actually met those gods, and then I began figuring out the details of my actual characters. I wrote about 8 chapters before I decided I needed to be more organized with my characters, so then I sat down with some note cards and wrote out all their major quirks and personality traits. Then I went back to writing.
I have used this same tactic in game design. While I was at GDC Online, I was playing with my husband's Android. He had some game on there with a bouncy cow that was trying to get up to an alien ship. The game play was very much unappealing to me, but the cow... boy, I really loved that cute little cow. So, I told my husband that I was determined to make a game about sheep. That's all I started with. By the end of GDC, I had most of the game design banged out. I did a lot of it during Raph Koster's talk. (He was great!) I was told afterwards that the girl sitting behind me and to my right was a writer from MMORPG.com, and she had spent half the talk trying to read my notes. I can't talk too much about the game yet, but the point is that I started with "I want to make a game about sheep."
P.S. The sheep pictured above is a screenshot from ATITD, not from my sheep game. My sheep are much cuter!
Posted by Pang at 5:44 AM 4 comments: Links to this post 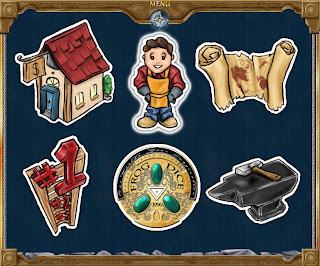 Frogdice, Inc. will be releasing a new game in about a month. We currently are working under the project name CoW. This is not the actual name or acronym for the game, but I worked pretty hard to try to come up with a name for the game that could work for that acronym. The results were not pretty, so it became nothing more than a project name.
This will be the first game that I fully designed as far as the mechanics and play style goes. As far as coding specs go, though, my husband has a huge hand in that. We write specs very differently, and I can tell that the specs that he writes are much easier to follow by our male coders. No matter how hard I try, I don't produce specs like my husband. Now, don't get me wrong, the team has never complained about my specs. They always work off of them, make comments on them, and the results are pretty spectacular. They, however, outright praise my husband's specs.

I think I leave too many open areas because I am dealing with overall gameplay and art. My husband usually deals with systems, and he is very, very specific. I probably leave too much open-ended for the coders as well as the artists, and it can be wearying to have to constantly fill in the gaps of my design and make decisions. Worse, sometimes they have to wait on me to answer a question.

Anyway, here are a few art elements from the new game. I'm pretty excited about the whole thing.
Posted by Pang at 1:40 PM No comments: Links to this post

Writing Until My Hand Falls Off 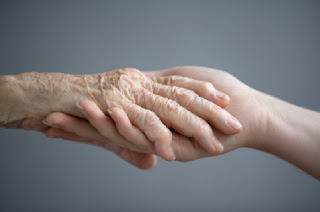 Okay, so I'm resurrecting this poor blog again. Since I write so much for a living, it's hard to put even more time into writing. Sometimes, I just need a break! My kids, however, are gone for ten days on an Alaskan cruise with my parents. This may be why I started blogging again. I have a false sense of my free time. Actually, I know this to be true because I also finished three articles for Bright Hub, a site that I normally don't have a enough time to write for even though I get decent hits on my articles. It's nice for extra income, but again, it's writing.
So, you may wonder what I spend all my time writing. Let me make a nice little list for you:
Okay, that's a short list. I should add blogging to the list now as well. I'd add Facebooking for our business, but that's just getting a bit ridiculous. My whole life would be writing then, but it really isn't. I spend a good deal of time playing games with my kids, playing games with my husbands, and playing games by myself. Okay, so maybe my life is writing and games. How cool is that?
Posted by Pang at 12:26 AM 2 comments: Links to this post