You may have read my blog post on how to get into design. Now I'm ready to get you armed with the necessary gear.

Let me stress that the most important things about design tools: 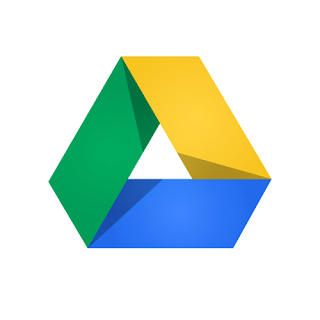 My #1 tool for design is Google Drive. Nothing beats Drive for ease of sharing, ease of use, number of tools and price. Plus, I have plenty of backup!

Sharing on Google Drive is about as easy as it can be. I create as many documents as I feel like creating. Then I can put them all in a folder and share them in total, or I can share them one at a time. I can allow people to only View my documents, allow them to View and Comment, or give them total access to my files. Removing access from people occurs in two clicks.

The spreadsheet, word processor, and draw programs work pretty much like any other ones. They're extremely intuitive and easy to learn, and in addition, they're quite powerful. I can access all my files from any computer with internet access as well. (I normally access my account only with my own computers, though, since security is important to us.)

Drive allows you to create all the basic files you need for game design (or any design, really): spreadsheets, presentations, documents, forms, and an endless number of apps. (It's not really endless, but I haven't been able to go through them all yet.)

Currently, I'm exploring a few more tools for game design as I'm always looking for better ways to communicate with our team and keep organized. I may have found it in the Gingko App, but I won't know until I've had time to sit down and really give their trial a workout.

In addition to Drive, I use Photoshop and Paint to create physical representations of design systems. There's several free equivalents to these programs. I also use physical white boards to help. In fact, we painted one of our walls to be a clear whiteboard. It gets a good workout during our team meetings. 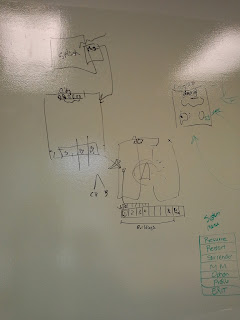 I recently spoke to someone who was applying for a design position with us at Frogdice, and when it was all said and done, I realized he had a ton of misconceptions about design. I won't go into the whole discussion. It was pretty traumatic, but the most important thing to come out of it is that there's really no good guides about design and how to get into it out there. Thus, I'm attempting to write a very, very quick one. (This applies to video game design mostly, but you can adapt to other types of design.)

Here's my quick guide for starting down the path of becoming a designer:

1. Read at least 20 books a year, especially sci-fi, fantasy, or alternate reality books. Riot Games has this as one of the requirements of their Senior Design positions. I had an applicant who told me once that he considered that a ridiculous requirement. Here's why it isn't at all ridiculous.

In order to design, you are, essentially, creating something from nothing. You're not dissecting existing systems; you're creating systems that don't yet exist.  Authors do that every day in amazing ways. It's really important to study the systems that other people have created and to start to understand which ones work and which ones don't. I guarantee you that your favorite author will also inspire your game design.

2. Play a game you're pretty sure you're going to hate, and play it with an open mind. Do it at least once a month if not once a week. I play so many games I'm convinced I'm going to hate. I've played games my husband has vowed we would never purchase. I've played games where I outright laughed at the graphics before I played them. I held out against playing Plants vs. Zombies for months. I was sure there was no way I was going to like Minecraft. I meet so many people who refuse to play a specific game for whatever reason. Usually, they cut out whole genres of games, or they pigeon-hole themselves into one type of game.

"I only play AAA games."

"I'm not a casual gamer." (Imagine that one with a hefty sneer and lots of black clothing.)

If you're not intent on just making something that's already been done 224,324,596 times by better, smarter, and more established studios, you have to expose yourself to as many game mechanics as possible, especially for games that are popular and you just can't see why.

3. Write a lot, and learn to write well. It's all good to be able to verbalize your game design. You have to be able to write, especially in this day and age when so much is done in a global manner and remotely. When you are designing a game, you need to be able to write your designs down in a concise and explicit manner for the sole reason that you WILL forget decisions that you made in your game if you don't write it down. Your team (even if that team consists of one person) will forget a decision that was made or misunderstand it. So, make sure you practice your writing skills. If nothing else, you will be expected to create a developer's blog. 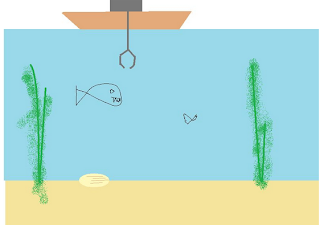 4. Learn a graphical program, or find an artist who shares your mind. No, just learn the basic tools of a graphical program. Words are great and necessary for game design. It's also important to be able to show your team what you are thinking in terms of UI and how your systems fit together to create a whole game.

5. Be ready to have your ideas and systems torn apart, and make sure that you don't take it personally. When a system already exists, it's much easier to analyze it and see the flaws. You'll hear a lot more of "That doesn't work" or "I don't like that" rather than, "Wow! What an amazing system! You're a genius!"