What the heck is Reignmaker?

With any game we put out, we inevitably get asked, "How did you think up the idea for that game?"

With Reignmaker, it was pretty easy. It's the sequel to Tower of Elements! I just added a bit of city building into the game to give players some more to "lose". Then I decided I wanted to tell the story differently in this game even though I had already written out a new one that continued directly from Tower of Elements.

It began innocently enough. I was chatting with a friend about how it would be pretty funny if players could decide all sorts of crazy policies for their cities that would actually have an effect on their game. Sean, our lead programmer, had recently been telling me we could do anything as long as we had the time (and money). So I ran over to his desk, asked him if he could code a policy system, described it to him, and ran back to my desk to start working on it. And thus, we made our most writing-intensive game since our all-text game, Threshold RPG. 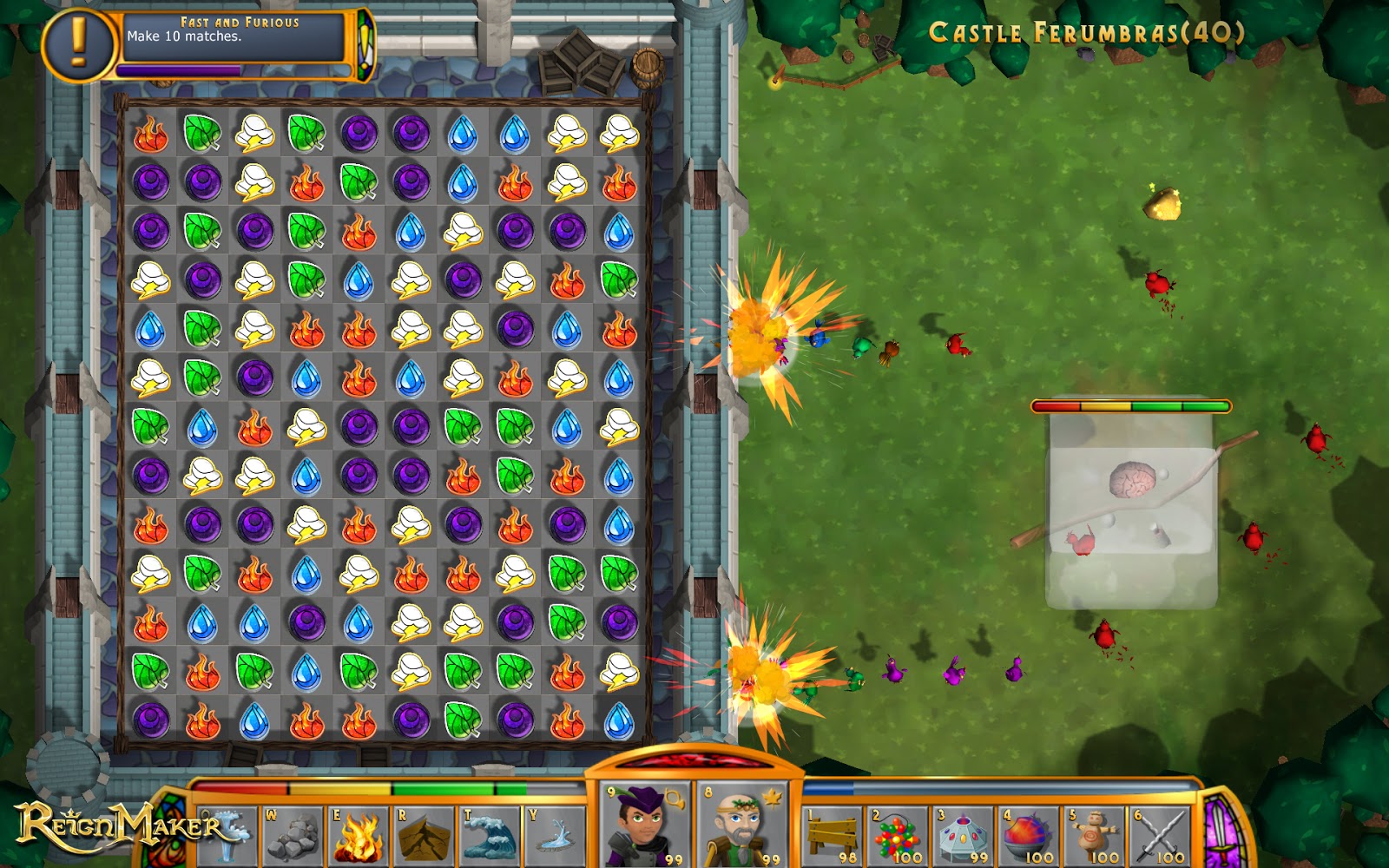 The rest of Reignmaker involves building up your city, killing a bunch of bad guys by matching magical runes, buying gear, and learning spells in order to make you, your army, and your city totally awesome. Did I say I was a match 3 fanatic? I play so much match 3 that I see it in my sleep. After playi
ng a ton of match 3 games where all I did was pop gems, I said to myself, "It would be really cool if I could do something awesome when I made a match... like save the world."


And that was how Reignmaker (and Tower of Elements) was born.
Posted by Pang at 9:38 AM 2 comments: Links to this post